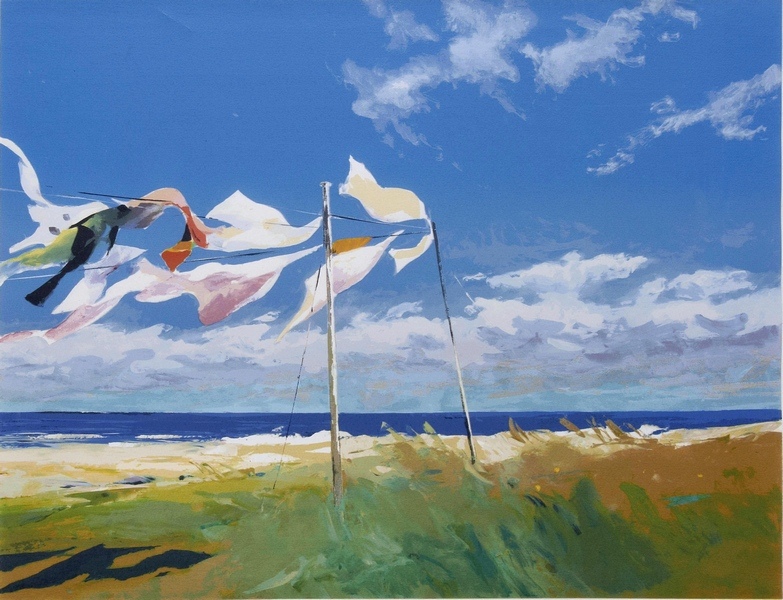 The Art of Donald Hamilton Fraser

Donald Hamilton Fraser (30 July 1929, London – 2 September 2009), is famed for his abstract landscape paintings. Hamilton Fraser trained at Saint Martin’s School of Art. He won a one year French government scholarship in Paris in 1953 and later taught at the Royal College of Art (1958–1983). He was elected a fellow there in 1970, becoming an Honorary Fellow in 1984. Fraser’s painting style was characterized in the way he layered thick bright paint with a palette knife to produce an collage-like effect. The landscapes were still clearly identifiable while nonetheless forming abstract and almost dream-like fields of color. Fraser also made chalk and wash drawing of dancers that contrasted in style with his paintings and highlighted his diverse talents.

He was elected associate of the Royal Academy in 1975, and full RA ten years later, and served as its honorary curator from 1992-99..