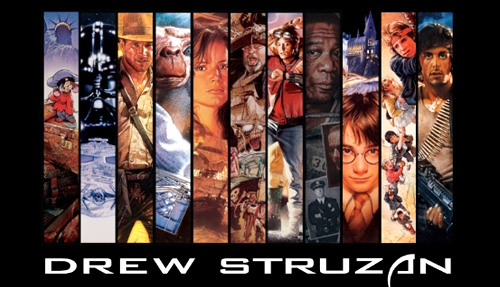 The Art of Drew Struzan

Drew Struzan (born March 18 or May 14, 1947) is an American artist, illustrator, and cover designer known for his more than 150 movie posters, which include The Shawshank Redemption, Blade Runner, as well as films in the Indiana Jones, Back to the Future, and Star Wars film series. He has also painted album covers, collectibles, and book covers.