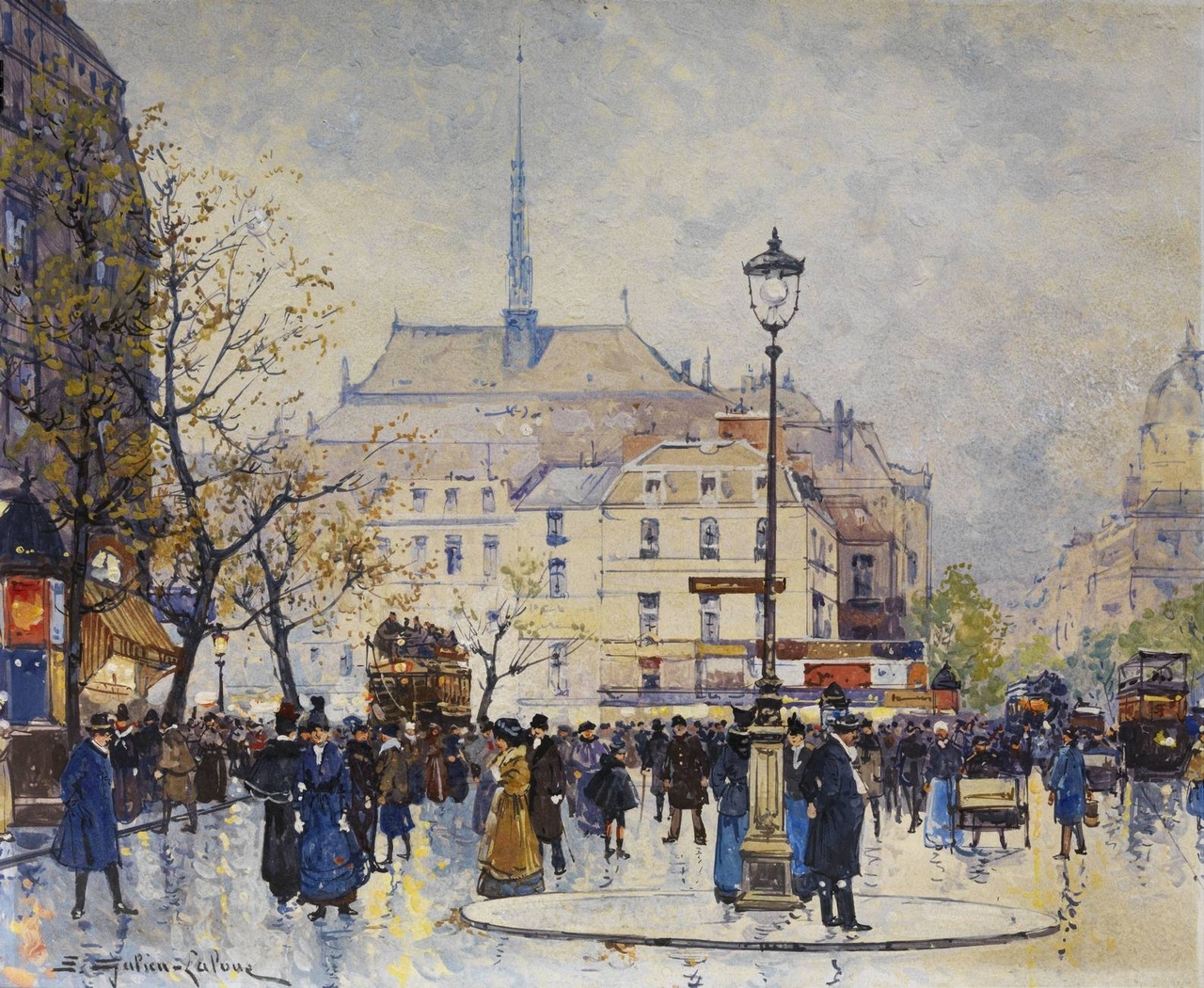 The Art of Eugène Galien-Laloue

Eugène Galien-Laloue (1854–1941) was a French artist of French-Italian parents and was born in Paris on December 11, 1854. He was a populariser of street scenes, usually painted in autumn or winter.

His paintings of the early 1900s accurately represent the era in which he lived: a happy, bustling Paris, la Belle Époque, with horse-drawn carriages, trolley cars and its first omnibuses. Galien-Laloue’s works are valued not only for their contribution to 20th century art, but for the actual history, which they document. His work can be seen at the Musée des Beaux-Arts, Louvier; Musée des Beaux-Arts, La Rochelle; Mulhouse, France.

A typical Galien-Laloue painting depicts sidewalks and avenues crowded with people or tourists mingling before the capital’s monuments. He also painted the landscapes of Normandy and Seine-et-Marne, as well as military scenes he was commissioned to produce in 1914. The Republic of France selected Galien-Laloue to work as a ‘war artist,’ both during the Franco-Prussian War and World War I, chiefly in watercolor. 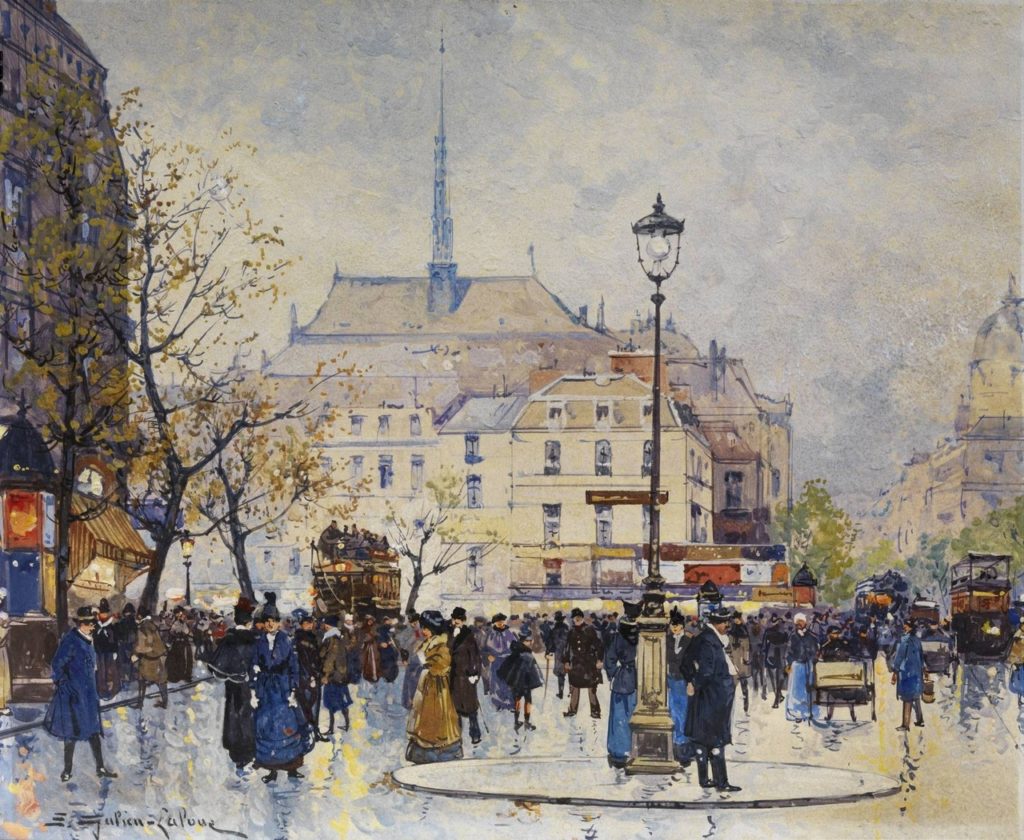