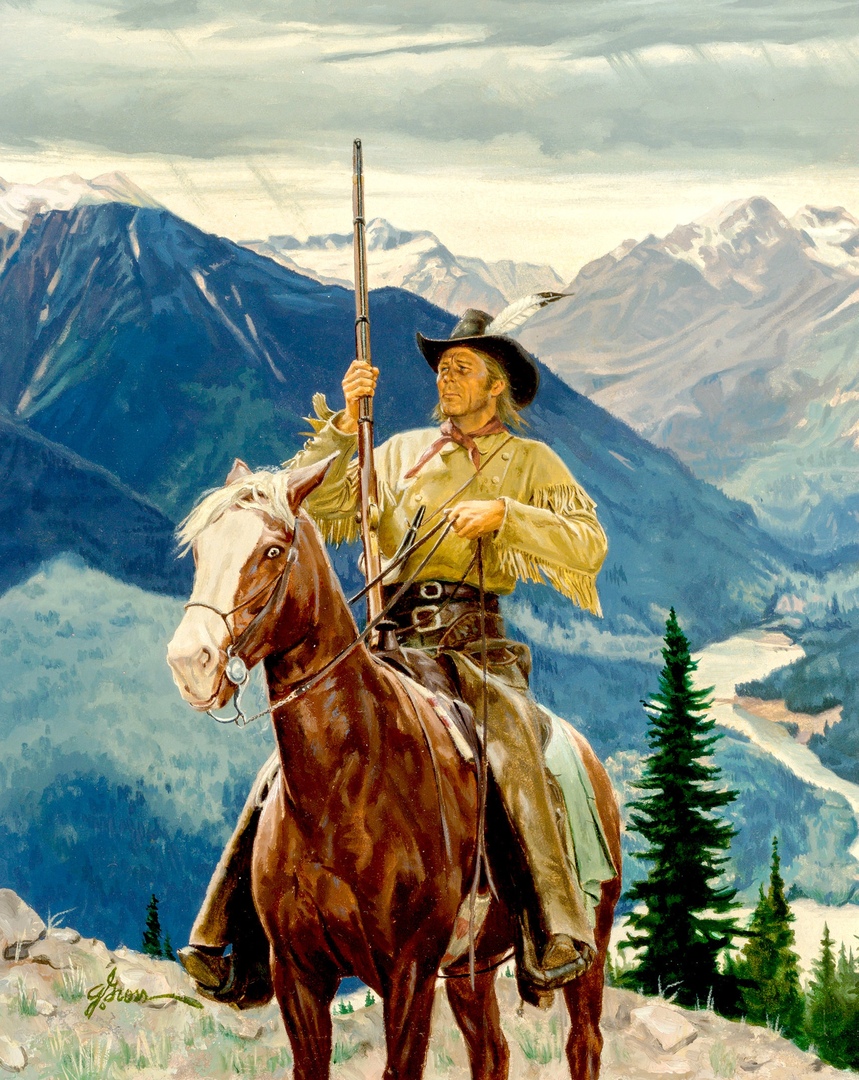 The Art of George Gross

George Gross (February 16, 1909 – February 23, 2003) was an American pulp magazine cover artist. His parents, David and Serena Gross, were both young Jewish immigrants from the city of Szeged, Hungary. They married in 1908 and raised three children, George, his younger brother Arthur, and youngest sister, Beatrice. The family lived in Brooklyn. The father, David Gross, attended Pratt Institute and had a successful art career in the fashion industry. He owned and operated a midtown art studio called Fashion Paper. One of his best clients was the popular Montgomery Wards mail order catalog.

In 1936 the father formed a new art agency, called the Nangro Ferrod Studios, at relocated to Manhattan. George Gross shared his studio space at this company with his brother and sister. He produced all of his pre-war pulp covers at this studio. His brother, Arthur Gross, drew pen and ink story illustrations for pulps produced by Fiction House, Popular Publications, Winford, and Ace Publications. In 1942 George Gross reported to his draft board for induction in WWII. Although his age was thirty-three, he was disqualified from military service because of a lifelong serious impairment of vision in his right eye, which effected his depth perception and required corrective glasses. After the war George Gross began to sell freelance illustrations to paperback books from such publishers as Dell, Star Books, Lion Books, Bantam, Berkley Books, Cameo Books, and Ace Publications.

In the 1950s George Gross shared an art studio with the illustrator, Mort Kunstler, on White Street in the Tribeca warehouse section of Lower Manhattan. In the 1960s he worked for men’s adventure magazines, such as Male, Cavalcade, Action For Men, Argosy, Bluebook, Man’s Conquest, Man’s Illustrated, Man’s World, Real, Saga, See, Stag, and True Adventures. In the 1970s George Gross painted covers for The Avenger series of paperback books, published by Warner Paperbacks. In the 1980s he painted covers for the popular Nick Carter series of paperbacks for Ace Publications.

According to the author Bill Cox, “George Gross could do exciting paintings even when there were no scantily clad damsels around, and what’s more amazing, Fiction House let him!”