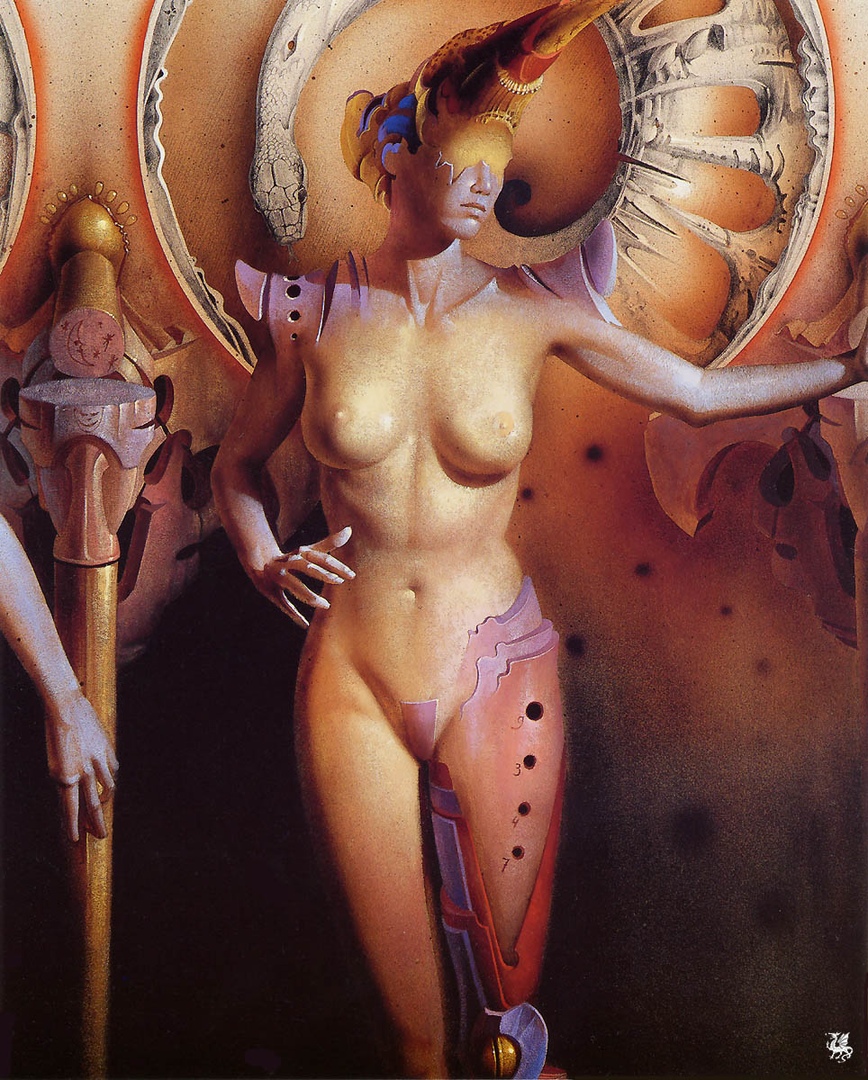 Born of French parents in Australia in 1959, Bruvel was raised in southern France. His father’s cabinetmaking shop became a classroom, Gil learning early on about precision and three-dimensional design by carving and creating in wood. As a young teen he was accepted into a respected art restoration workshop, where he received an intensive hands-on education in art techniques and history. He began visiting the United States in the mid-1980s, had his first American solo show in Laguna Beach, Ca. in 1988, and settled in this country in 1990.

​Since then, Bruvel has passionately pursued an organic surge of artistic expression through a range of mediums and forms. Among them: painting, graphite pencil, bronze-casting, functional furniture, mixed media, public sculpture, and works in stainless steel. “I find continual and ever-changing inspiration in the constant observation of the infinite layers within my surroundings,” Bruvel says. “If there is an intention to understand and completely open oneself up to what is being observed, then patterns start to define themselves and intuitively assemble into interesting pieces of artwork.”

Having a deep understanding of art history, it is inevitable that certain artists influenced and inspired Bruvel’s approach. Early on these tended to be the surrealists, including Salvador Dalí, Max Ernst, and Giorgio de Chirico. Later, painters such as Francis Bacon and Robert Matta were among the sparks that fired his imaginative flame. “When I was a young artist it was all about the impulse, instincts, the single-minded vision to create something mostly from feelings and images popping into my mind.”

These days Bruvel is particularly drawn to the originality and sculptural vision of certain architects, among them, Zaha Hadid, Frank Gehry, and Lebbeus Woods. Still, he moves effortlessly from one medium to the next, with his perception and intuitive ability to retain ephemeral images as they flicker through his sensory, emotional, and intellectual fields. For Gil, the act of creating art is synonymous with the discovery of such images, while seeking to translate ephemeral qualities of human experience into solid form. The sensation of wind across the skin or the exquisitely subtle energy arc that bridges distance, either immeasurably small or overwhelmingly vast; seemingly random patterns that emerge and coalesce.

The beauty of Bruvel’s achievement is that unseen elements of nature are given life in such aesthetically compelling, wonderfully tangible, touchable form that we can sense what his work suggests without need for words. We know, with pleasure, that Gil Bruvel’s personal creative well will not run dry.