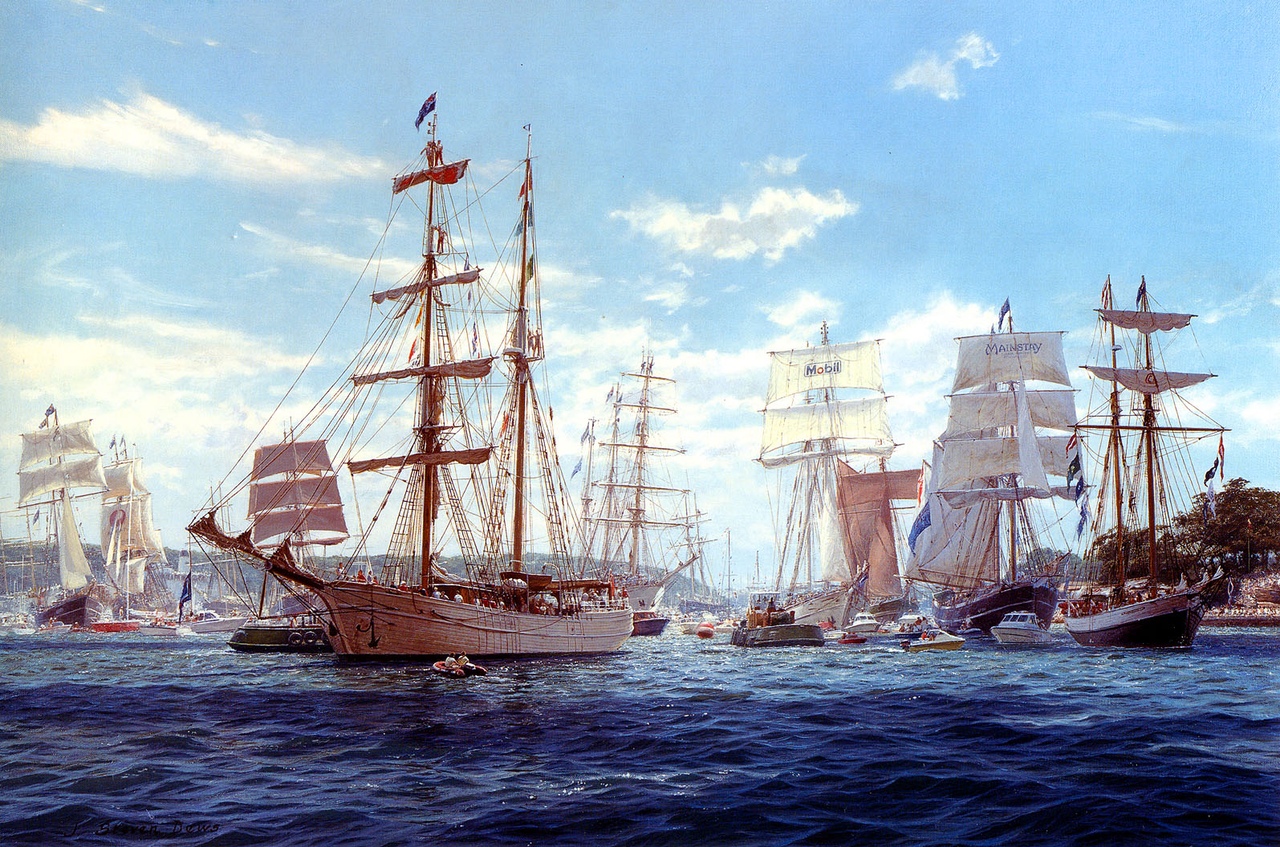 The Art of John Steven Dews

John Steven Dews was born in Yorkshire in 1949. Following his graduation, Steven Dews built up an amazing portfolio for his first exhibition back in 1976, on the Exhibition’s first night, almost his entire collection was sold. The following year he held an Exhibition in San Francisco which also sold out to great critical acclaim, and since then, Steven Dews has continued exhibiting regularly at leading galleries in London and throughout the world. He is now commissioned for several years in advance.
Confirmation of his pre-eminence came in the Sotheby’s sale of Maritime Art in London on April 28th 1999, where his original, entitled ‘Off Cowes’, sold for a phenomenal price for a living marine artist.

Steven Dews’ work is avidly collected around the world. Above all, he lives and loves the subjects he paints, and spends any of his spare time, sailing. 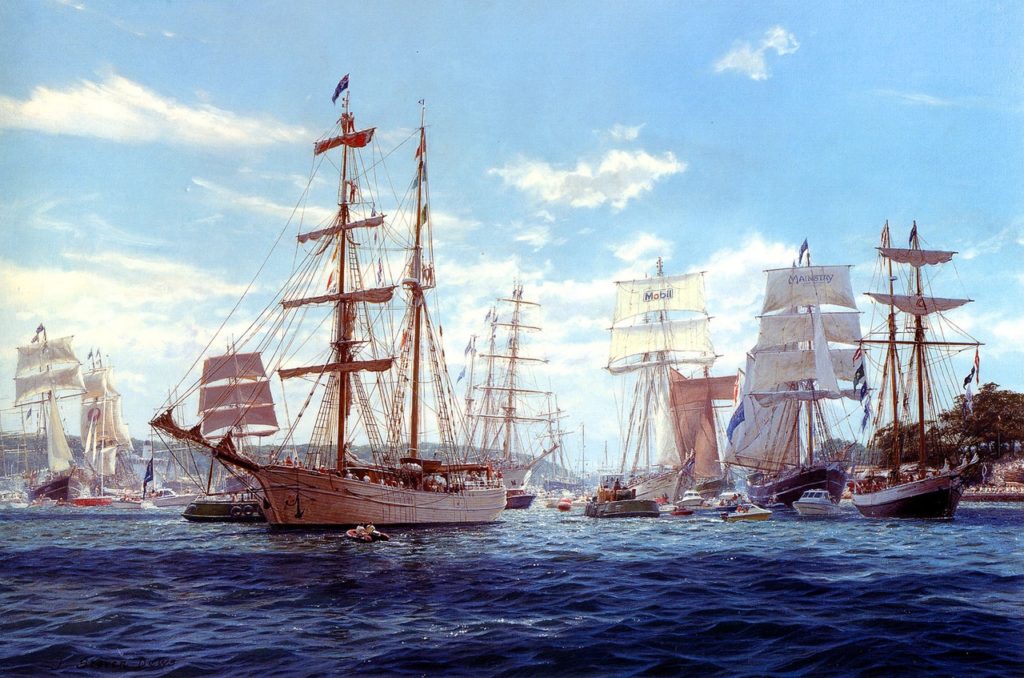