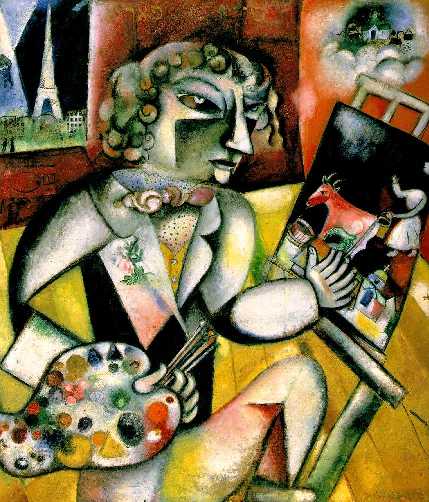 The Art of Marc Chagall

Marc Zaharovich Chagall (6 July [O.S. 24 June] 1887 – 28 March 1985) was a Russian artist associated with several major artistic styles and one of the most successful artists of the 20th century. He was an early modernist, and created works in virtually every artistic medium, including painting, book illustrations, stained glass, stage sets, ceramic, tapestries and fine art prints.

Before World War I, he traveled between St. Petersburg, Paris, and Berlin. During this period he created his own mixture and style of modern art based on his idea of Eastern European Jewish folk culture. He spent the wartime years in Soviet Belarus, becoming one of the country’s most distinguished artists and a member of the modernist avante-garde, founding the Vitebsk Arts College before leaving again for Paris in 1922.