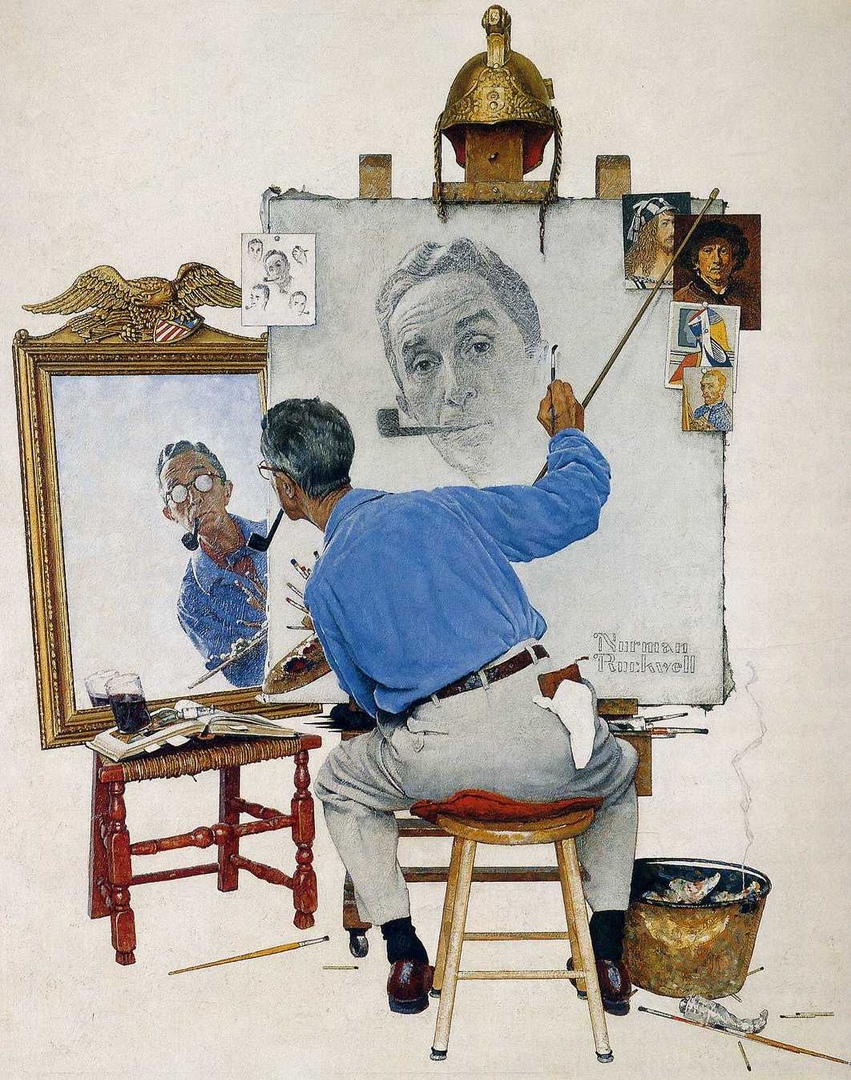 The Art of Norman Rockwell

Norman Percevel Rockwell (February 3, 1894 – November 8, 1978) was an American painter and illustrator. His works have a broad popular appeal in the United States for their reflection of American culture. Rockwell is most famous for the cover illustrations of everyday life he created for The Saturday Evening Post magazine over nearly five decades. Among the best-known of Rockwell’s works are the Willie Gillis series, Rosie the Riveter, The Problem We All Live With, Saying Grace, and the Four Freedoms series. He is also noted for his 64-year relationship with the Boy Scouts of America (BSA), during which he produced covers for their publication Boys’ Life, calendars, and other illustrations. These works include popular images that reflect the Scout Oath and Scout Law such as The Scoutmaster, A Scout is Reverent and A Guiding Hand, among many others.

Norman Rockwell was a prolific artist, producing more than 4,000 original works in his lifetime. Most of his works are either in public collections, or have been destroyed in fire or other misfortunes. Rockwell was also commissioned to illustrate more than 40 books, including Tom Sawyer and Huckleberry Finn as well as painting the portraits for Presidents Eisenhower, Kennedy, Johnson, and Nixon, as well as those of foreign figures, including Gamal Abdel Nasser and Jawaharlal Nehru. His portrait subjects included Judy Garland. One of his last portraits was of Colonel Sanders in 1973. His annual contributions for the Boy Scouts calendars between 1925 and 1976 (Rockwell was a 1939 recipient of the Silver Buffalo Award, the highest adult award given by the Boy Scouts of America), were only slightly overshadowed by his most popular of calendar works: the “Four Seasons” illustrations for Brown & Bigelow that were published for 17 years beginning in 1947 and reproduced in various styles and sizes since 1964. He painted six images for Coca-Cola advertising. Illustrations for booklets, catalogs, posters (particularly movie promotions), sheet music, stamps, playing cards, and murals (including “Yankee Doodle Dandy” and “God Bless the Hills”, which was completed in 1936 for the Nassau Inn in Princeton, New Jersey) rounded out Rockwell’s œuvre as an illustrator.

Rockwell’s work was dismissed by serious art critics in his lifetime. Many of his works appear overly sweet in the opinion of modern critics, especially the Saturday Evening Post covers, which tend toward idealistic or sentimentalized portrayals of American life. This has led to the often-deprecatory adjective, “Rockwellesque”. Consequently, Rockwell is not considered a “serious painter” by some contemporary artists, who regard his work as bourgeois and kitsch. Writer Vladimir Nabokov stated that Rockwell’s brilliant technique was put to “banal” use, and wrote in his book Pnin: “That Dalí is really Norman Rockwell’s twin brother kidnapped by Gypsies in babyhood”. He is called an “illustrator” instead of an artist by some critics, a designation he did not mind, as that was what he called himself.

In his later years, however, Rockwell began receiving more attention as a painter when he chose more serious subjects such as the series on racism for Look magazine. One example of this more serious work is The Problem We All Live With, which dealt with the issue of school racial integration. The painting depicts a young black girl, Ruby Bridges, flanked by white federal marshals, walking to school past a wall defaced by racist graffiti. This painting was displayed in the White House when Bridges met with President Barack Obama in 2011.