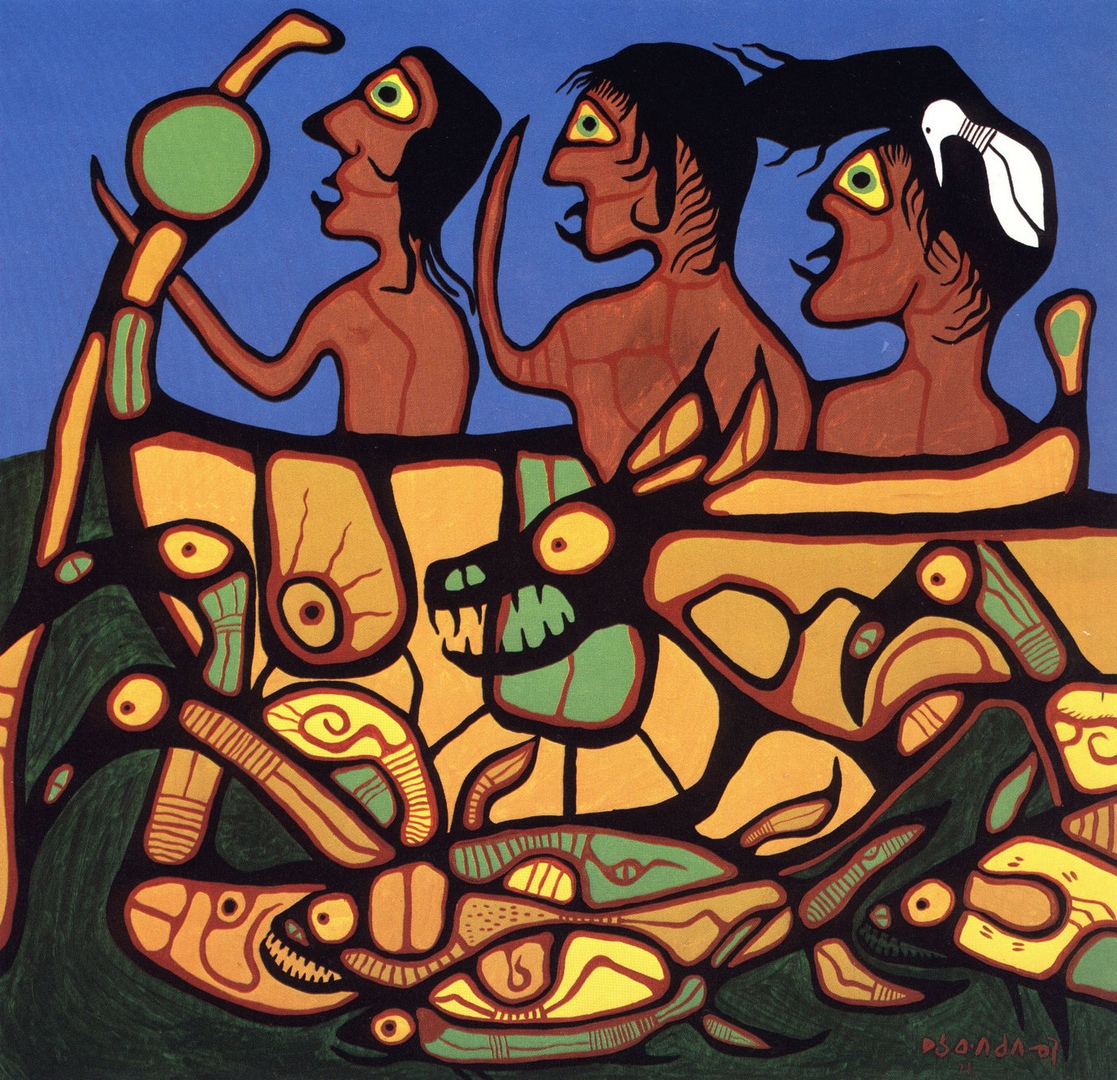 The Art of Norval Morrisseau

Norval Morrisseau (March 14, 1932 – December 4, 2007), also known as Copper Thunderbird, was an Indigenous Canadian artist from the Bingwi Neyaashi Anishinaabek First Nation. Known as the “Picasso of the North”, Morrisseau created works depicting the legends of his people, the cultural and political tensions between native Canadian and European traditions, his existential struggles, and his deep spirituality and mysticism. His style is characterized by thick black outlines and bright colors. He founded the Woodlands School of Canadian art and was a prominent member of the “Indian Group of Seven”. 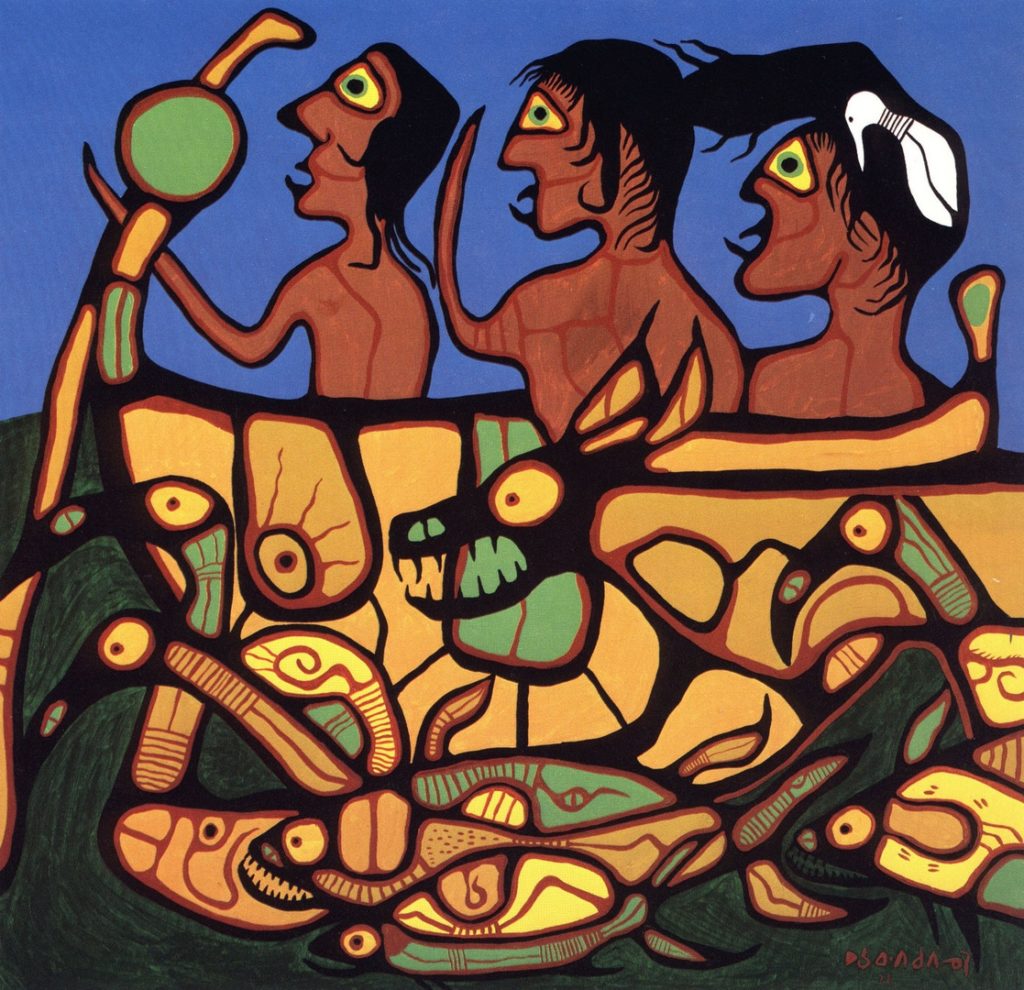