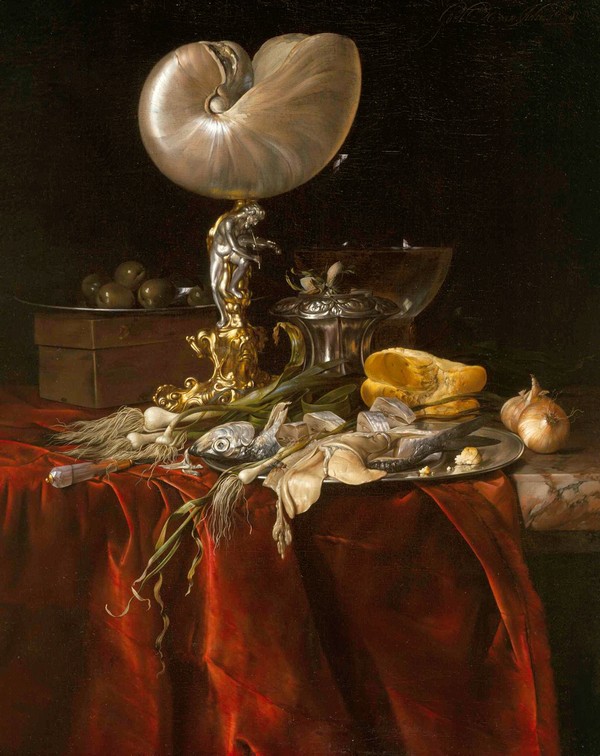 The Art of Willem van Aelst

Willem van Aelst (16 May 1627 – in or after 1683) was a Dutch Golden Age artist who specialized in still-life painting with flowers or game.

Van Aelst was born in Delft to a family of prominent city magistrates. He learned to paint from his uncle, the still-life painter Evert van Aelst. On 9 November 1643 he enrolled as a master of the Guild of Saint Luke at Delft.

Between 1645 and 1649 he lived in France. In 1649 Van Aelst travelled to Florence, where he served as court painter to Ferdinando II de’ Medici, grand duke of Tuscany. Here he was known as Guillielmo d’Olanda. At this time, the grand duke also employed two fellow Dutchmen Matthias Withoos and Otto Marseus van Schrieck, the latter also a still-life painter who probably influenced Van Aelst’s style. Ferdinando II publicly presented Van Aelst with a gold chain and medal, as a testimony of his approbation and an acknowledgement of his talents.

In 1656 he returned to the Netherlands to settle permanently in Amsterdam. He became one of the most prominent still-life painters of his generation, which allowed him to live on the Prinsengracht. He must have at Amsterdam died in 1683 or shortly thereafter, as his latest dated work is from that year. Van Aelst taught Rachel Ruysch and several others.